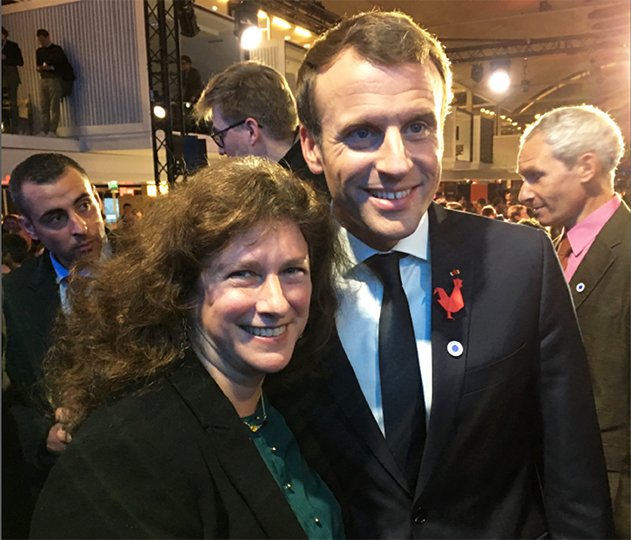 I frequently am invited to give plenary or keynote talks at international scientific and policy meetings. Selected:

Highlights of Impacts at the Science/Policy Interface

My research has been integral to the development of guidelines for detecting changes in wild species over the past century and for attributing those responses to climate change.  My influence on the "detection and attribution" guidelines for biological systems is exemplified in Lead Authorship on the "Methods and Tools" chapter for IPCC 3rd Assessment Report (2001, WGII), co-author of "Guidelines for Detection and Attribution" in advance of the IPCC 5th Assessment report, Contributing Authorships in subsequent relevant chapters (ch. 4 "Ecosystems", ch.18 "Detection and Attribution" and ch. 30 "Oceans") in the IPCC 5th Assessment Report (2014, WGII), and CLA of ch.2 "Terrestrial and Freshwater Ecosystems" for IPCC 6th AR.

Because climate change research has immediate policy relevance, I have been heavily involved at both the national and international levels in reports, panels and workshops operating at the interface of science, policy and conservation.  I've also worked with international non-governmental organizations (NGOs) to discuss the conservation implications of climate change. These discussions include developing strategies for reducing negative impacts on global biodiversity and for preserving rare and endangered species and ecosystems. 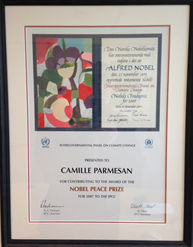 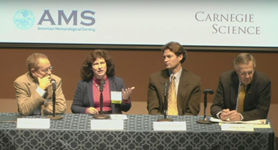 Highlights of Outreach and Media Impacts

My outreach activities are varied and include public lectures, training workshops for governmental agencies and the political sector, writing and being interviewed for school and university textbooks as well as general educational material for adults and children and interviews with media.  I have provided briefs and testimonies for governmental and legal bodies, and participated in a 2-day Congressional Course to teach senior US congressional staff about global warming impacts.  In these talks, I present the general climate science behind the global warming issue as well as my own work on the global impacts of climate change.

In addition to working with conservation NGOs, I have been working with a broader set of organizations that are committed to confronting climate change through action and/or public communication as part of their missions.  These include being a science advisor for Interfaith Power and Light, whose 11,000 member congregations have committed to becoming carbon-neutral, and for Texas Impact, established in 1973 to be a voice of religious social concern to the Texas Legislature.

Below are some selected outreach activities.

My research focuses on the impacts of climate change on wild plants and animals.  Early work detailed behavioral, ecological and evolutionary aspects of insect/plant interactions.  My research on biological impacts of anthropogenic climate change in natural systems spans from detailed field-based work on individual butterfly species and communities to synthetic analyses of global impacts on a broad range of plants and animals across terrestrial and marine biomes.  I have co-authored assessments of climate change impacts on natural systems at national and global levels, as well as on related impacts on agricultural insect pests and on human health, particularly through changes in wild animal vectors and reservoirs of diseases.

Scientific awards: I was ranked the second most highly cited author in the field of Climate Change for the decade 1999-2009 by Thomson Reuters "Essential Science Indicators." I was named the "2013 Distinguished Scientist" by the Texas Academy of Sciences, and am an elected a Fellow of the Ecological Society of America (ESA) and of the European Academy of Sciences (EurASc).  In a survey of 140,000 studies, Parmesan and Yohe (Nature 2003) was ranked the most highly cited research paper on Climate Change (Carbon Brief, 2015).

I work actively with governmental agencies and NGOs to help develop conservation assessment and planning tools aimed at preserving biodiversity in the face of climate change.  For this work I was awarded the Conservation Achievement Award in Science by the National Wildlife Federation, named "Outstanding Woman Working on Climate Change," by IUCN, and named as a “Who’s Who of Women and the Environment” by the United Nations Environment Program (UNEP).  I have worked with the Intergovernmental Panel on Climate Change for 20+ years, am currently a Coordinating Lead Author for the IPCC 6th Assessment Report, and was an official named Contributor to IPCC receiving the Nobel Peace Prize in 2007.